What is the Story of the Bible? [Free Course]

The Structure of Story
10 Topics
Introduction: What is the Story of the Bible?
The Pixar Story Structure
Activity: Story Structure
In the Beginning
What is the Inciting Incident of the Bible?
3 Excellent Examples of The Eden Narrative
Activity: Solomon and the Eden Narrative
The Message of the Old Testament
Until Finally…
Lesson 1: Review Questions
Chekhov’s Gun
9 Topics
What is Chekhov’s Gun?
The Story of Abraham
The Blood of the Lamb
The Tabernacle and the Temple
Activity: Jesus fulfills the Law
Is Jesus Really the Only Way?
Reverse of the Curse
Repent and Believe
Lesson 2: Discussion Questions
The Denouement
10 Topics
What is the Denouement?
Citizens of Heaven
Activity: What does a Citizen of Heaven Look Like?
Sanctification
The Key to Bearing Fruit
Abide
Activity: Sitting at the Feet of Jesus
Conclusion
Lesson 3: Review Questions
Acknowledgements

3 Excellent Examples of The Eden Narrative

What is the Story of the Bible? [Free Course] The Structure of Story 3 Excellent Examples of The Eden Narrative

Over the last few videos we’ve looked at the structure of story and I introduced the idea of the Eden Narrative. In this topic, I want to dive deeper into this concept.

Outline of the Eden Narrative

The Eden Narrative is a storyline that repeats itself through scripture, and it’s fairly simple:

And I say “again” because throughout the Bible we encounter people who seem like they could be the chosen offspring who will defeat the serpent. But then, they fail. And so we move to the next story, hoping to find the person who can conquer the broken cycle. 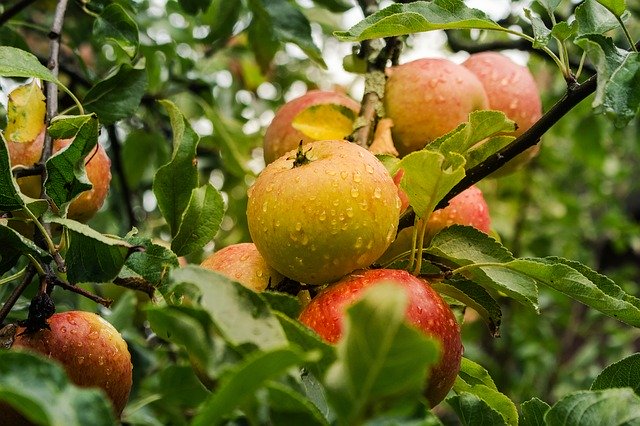 The first example of this happens right away in Genesis 4.

How Cain Lives the Eden Narrative

Now, I have to imagine Adam and Eve walked out of the garden, and they would have been devastated. We all know that sense of dread you get when you’ve done something wrong or you’ve made a mistake and you cannot do anything to take it back.

And yet, because of the words of Genesis 3:15, Adam and Eve had to hold onto some hope, that one day one of their children would make things right with God again.

And so, Adam and Eve give birth to two sons, Cain and Abel. This is their offspring, right? Maybe they’re the ones who will crush the head of the serpent!

But then Cain gets angry and jealous of his brother, Abel. God actually speaks to Cain and warns him to do what is right.

Cain has a chance here to defy the serpent, but he doesn’t. Instead, he invites his trusting brother out into a field and murders him. The first person to be born in the Bible murdered his own brother. This wasn’t a random accident, this was premeditated.

That’s a colossal disaster, a complete fall from glory. Let’s run it through the lens of the Eden Narrative.

Cain becomes jealous of his brother Abel, but God speaks with Cain and calls him to something glorious: He says,

“If you do well, will you not be accepted? And if you do not do well, sin is crouching at the door. Its desire is contrary to you, but you must rule over it.”

God invites Cain into a personal relationship, He calls Cain to do what is right.

But Cain chooses to pursue glory on his own terms. He chooses to remove the competition. He kills his brother.

Because of that, Cain is exiled. Pain and sorrow increase for him and for his parents and his own descendents.

So the search for the one who will bruise the head of the serpent begins again.

Another example of the Eden Narrative can be seen in Abraham.

How Abraham Lives the Eden Narrative

Starting in Genesis 12, God calls Abraham into a unique, covenantal relationship. He promises Abraham that he will make his offspring outnumber the stars and that his offspring will be a blessing to all nations.

But there’s a problem here – Abraham and his wife, Sarah, don’t have any children. And they’re old. I mean way older than anyone would expect to have a child.

Abraham and Sarah think, it’s too late. “We know God has promised it and it does sound glorious, but we can’t have children.” So they decide to pursue this glory on their own terms.

Abraham sleeps with his wife’s maidservant, a woman named Hagar. Together they have a son named Ishmael.

And not surprisingly, Sarah becomes jealous and eventually Hagar and Ishmael get kicked out. It’s a painful experience for everyone. God intervenes and helps them, but it’s ugly. It’s not how it was supposed to be.

Because Abraham tried to do things on his own terms, pain and sorrow increased.

But fortunately, God still delivered on his promise. Abraham and Sarah miraculously have a son, named Isaac. And this is the beginning of the people of Israel.

The Jewish people are all the offspring of Abraham, and so among them the search for the one who would crush the serpent continues.

How Samson Lives the Eden Narrative

Samson was a judge who ruled over Israel. He protected them from the Philistines, who were some rather aggressive neighbors (to put it nicely). Samson had super strength – he was always winning fights. He literally killed a lion with his bare hands. 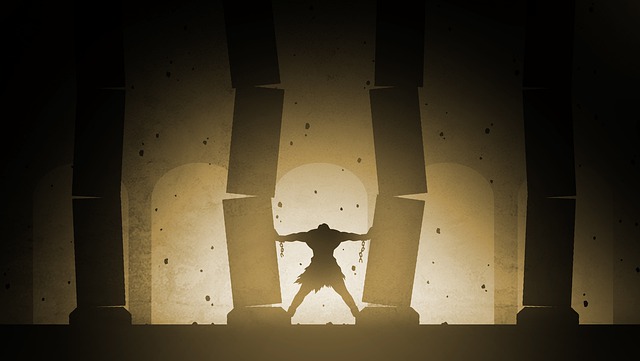 Sounds like the kind of guy who could crush a serpent, right? Unfortunately not.

Like Adam and Eve, God basically gave Samson one rule. Adam and Eve were told not to eat from a single tree. In the same way, Samson was told, do not cut your hair. If you do so, you will lose your strength.

So eventually, Samson forsakes the glory that God offered him, and pursues the glory of a night with a woman named Delilah. She cuts his hair, he loses his strength and is captured, taken away, and tortured by the Philistines.

Pain and suffering, and the search for the offspring continues.

There are a lot of examples of this in the Old Testament, and we don’t have time to go through all of them.

However, I think it would be great for you to have a little practice identifying the Eden Narrative. So the next topic is actually an activity, and you will take a look at a few passages about King Solomon.

So take some time to complete that activity, and then we will get back together to see who in the Bible actually conquers the serpent.

Previous Topic
Back to Lesson
Next Topic