The Story of Job: Worship in the Face of Spiritual Warfare

Today we’re going to talk about the story of Job and his response to extreme spiritual warfare.

I’ve always believed that spiritual warfare is real, but I must confess I rarely took it seriously enough. I pictured demons whispering into people’s ear to tempt them, “you should say something mean now! You should steal something! You should push him into the water!”

And while spiritual warfare can definitely include temptation, it’s only the tip of the iceberg.

In fact, in John 10:10 Jesus says that “the thief comes only to steal and kill and destroy.”

This is more than simple tricks, this can literally be life or death.

The story of Job provides a behind-the-scenes look at such spiritual warfare. Satan arrives and steals, kills, and destroys in an effort to prove Job does not love God.

It is a gut wrenching story, but it also demonstrates our greatest weapon in spiritual warfare: worship.

So let’s dive in to the story ofJob.

The Story of Job (Summary)

Job begins like many stories by introducing us to the main characters. Job himself is a righteous man who “feared God and shunned evil.”

Satan appeared in Heaven, and he wanted to prove that Job did not actually love God. In Job 1:9-10, he said,

“Does Job fear God for nothing?” Satan replied. “Have you not put a hedge around him and his household and everything he has? You have blessed the work of his hands, so that his flocks and herds are spread throughout the land. But now stretch out your hand and strike everything he has, and he will surely curse you to your face.”

In simple terms, Satan wanted to turn Job against God. He believed that pain and misery would do that, and so he sought permission to steal, kill, and destroy.

The rest of chapter 1 features a hit list of disasters. Job loses everything at once – his wealth, his possessions, his property, and even his children.

“Naked I came from my mother’s womb,
and naked I will depart.
The Lord gave and the Lord has taken away;
may the name of the Lord be praised.”

In Job 2, things get worse. Satan gets permission to harm Job himself, he gives him painful sores all over his body. Even Job’s wife gives up, encouraging him to “curse God and die!”

But once again, Job refuses. He will not curse God, because He is a righteous person.

Job’s friends arrive, and for nearly 40 chapters they attempt to “help” by explaining that all these bad things have happened to Job because of some great sin he committed. Job, however, refuses to accept their reasoning. He defends his righteousness, and slowly becomes more and more frustrated. 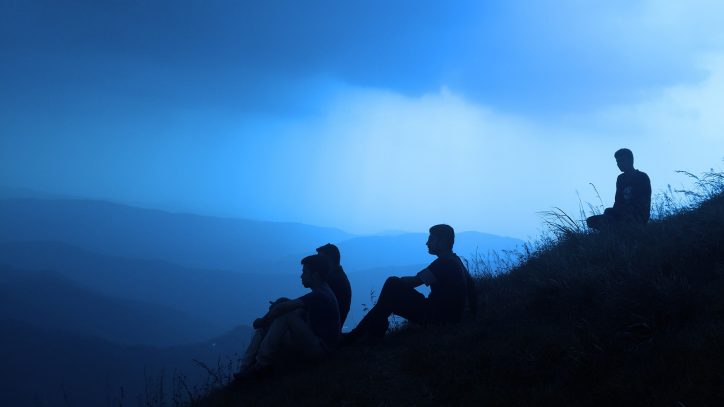 He wants an explanation from God, and in Job 38-41, God shows up and speaks “out of the storm.” He demonstrates his power, his majesty, and his omniscience in a way that makes Job and his friends shudder.

Job realizes that his desire to fully understand God is futile. In Job 42:6 he “repents in dust and ashes.” Ligonier Ministries explains how, even though he never rejected God, “Job realized that he had no place to demand anything of the Lord.”

Satan, the great accuser who appeared in chapters 1 and 2, is not mentioned again in Job’s story. Instead, in the denouement of the story, God gives Job a great blessing as a gift. Job 42:12 says,

The Lord blessed the latter part of Job’s life more than the former part.

If you want to learn more about the story of Job, I’m a big fan of the Bible Project and their overview videos:

If you want to successfully fight a battle, then it is important to understand the enemy’s goal.

The story of Job provides unique insight into Satan’s goal in spiritual warfare – he wants to turn God’s people against God.

This has been his goal from the beginning. This is exactly what Satan does in the story of the Garden of Eden. This is what he tries to do to Jesus when he gets tested in the wilderness.

Satan will do anything to pull God’s people away from God. He will steal, kill, and destroy. He will tempt, reward, and exploit. He will accuse, manipulate, and lie.

If you want to work against Satan, if you want to fight spiritual warfare and ensure he does not win, then you have a simple job to do:

Worship God, no matter what happens.

Worshipping God, despite pain and sorrow, may sound simple.

If you have ever been through grief or trauma, however, you no that it is not always easy or natural.

In many ways, I began taking spiritual warfare more seriously when our family experienced a traumatic event where our son had a non-fatal drowning. We are very fortunate that he is physically and neurologically healthy, because a few more seconds under the water and our story would have a very different ending.

We had a strange mix of emotions in the weeks and months following that event. On the one hand, we were thankful that he was saved. I walked through the children’s hospital that afternoon, knowing he would be safe, but grieving as I considered the many parents who have left that building without their children.

On the other, we were angry that something so traumatic happened at all. “Why would you put us through that God?”

Our trauma was real, but I also know that many of you reading this will have experienced far worse.

It is interesting and encouraging to me that God doesn’t call us to “be happy” despite horrible things happening. He doesn’t tell us to “stay positive” or “get over it.” Instead, he calls us to worship Him.

Worshipping God and grief are not mutually exclusive. In fact, Jesus himself spent time grieving. When we grieve, we align ourselves to God’s character.

What does it mean to worship?

We often have a limited view of worship. When we think worship, we often think only of singing songs on Sunday morning.

Singing hymns and praise songs is definitely a valid form of worship, but there are many ways you can glorify God even when suffering.

Quite simply, worshipping God occurs when we recognize that He is greater than us. 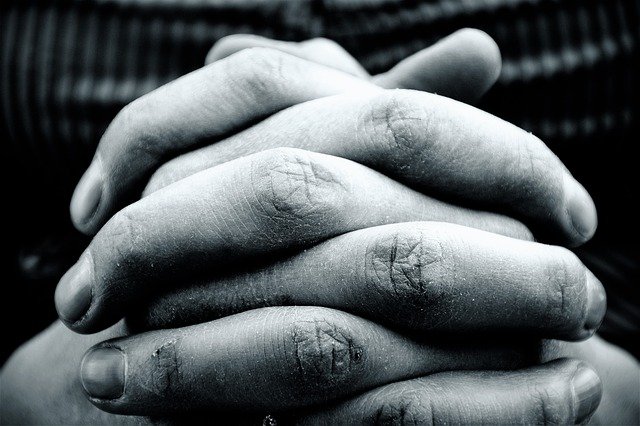 Throughout much of the story of Job, he and his friends discussed God’s nature. They attempted to understand God’s thinking, His perspective on justice, and felt like God owed them an explanation.

When God arrived, however, they quickly realized how far God was above them. Job repents and recognizes God’s greatness, he is humbled, and he chooses to trust God.

It is unlikely that God will appear to you out of the whirlwind, but here are some practical ways to worship Him, even during times of suffering:

The Armor of God

Lastly, it’s always worth remembering that preparation is remarkably important in spiritual warfare.

In Ephesians 6:10-18, Paul calls us to put on the “full armor of God.” This is not something we do in response to spiritual attack, but rather beforehand.

“Therefore put on the full armor of God, so that when the day of evil comes, you may be able to stand your ground, and after you have done everything, to stand.”

The armor of God includes:

Teaching yourself truth, seeking to grow in your faith, embracing the peace of God, all of these things will help prepare you to choose to worship when the day of evil comes.

Remember, the “struggle is not against flesh and blood,” this is a spiritual battle. We cannot hope to win through strength of arms or physical abilities.

But we can choose to worship, and in doing so, we will be more than conquerors through the work of Christ. His blood has taken away Satan’s power to accuse us, and we can rest in his work.

The story of Job is a challenging one. It’s heartbreaking and doesn’t give us all the answers we want.

It does, however, push us to trust God and His character even when we don’t understand what is happening in the world. It also calls us to worship Him, and by doing so, we can experience an eternal victory that cannot be taken away.

Lastly, if you enjoyed this post about the story of Job, make sure you checkout our course on the Story of the Bible. It provides a fresh and unique look at how God’s Word fits together and what it means for our lives today.