*This post on Servant Leadership is an excerpt from the 15 Leadership Principles in the Book of Nehemiah. We will return to the series on how to be a light to the world next week.

I really love food. Whenever I eat with others, I find it difficult to wait on them before I start chowing down. If a buffet is around, you will notice that by the time the prayer ends, I’ve conveniently found myself at the start of the line. “Might as well start! Don’t want to get in other people’s way!”

Fortunately, this isn’t a leadership course based on my life, it’s based on Nehemiah’s.

As the governor and good friend of Artaxerxes, the actual king of the world, Nehemiah received a large food allowance each month. Each day, they prepared for him “one ox and six choice sheep and birds, and every ten days all kinds of wine and abundance.” That is a pretty impressive feast! 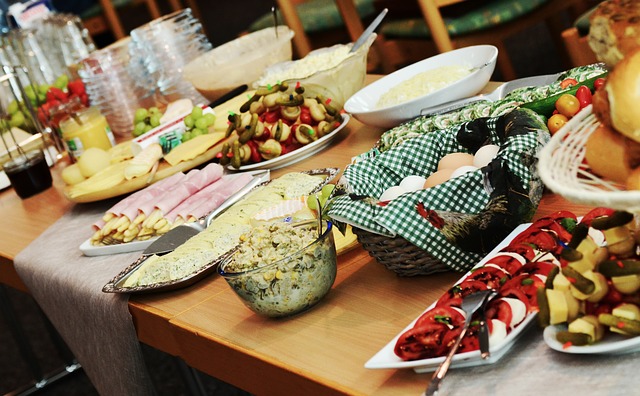 But Nehemiah didn’t let it get to his head. He didn’t hog the buffet line for himself. He recognized how hard the people worked, and so he shared his food with everyone. Instead of claiming what was rightfully his, he gave it to others. This, of course, was not normal. But it is the mark of a good leader.

The opposite of Servant Leadership

Verse 15 says, “The former governors who were before me laid heavy burdens on the people and took from them their daily ration forty shekels of silver. Even their servants lorded it over the people. But I did not do so, because of the fear of God.”

This language of “lording it over the people” appears elsewhere in the Bible. In the Gospels, Jesus caught his disciples discussing who would be the greatest. He responds to them in Luke 22:25-27:

This thinking was radical during the time of Christ, and remains radical today. Leaders were served by their followers, not the other way around!

While you may think that leadership roles come with glory, Christian leadership comes with humility. J. Oswald Sanders put it this way in his book, Spiritual Leadership, “True greatness, true leadership, is found in giving yourself in service to others, not in coaxing or inducing others to serve you.”

And this is what we see Nehemiah doing, time and time again throughout the rebuilding of the walls. He gave up his food for others, he didn’t charge interest or claim land, and while he delegated to many, he never excluded himself from the work. He got his hands dirty and worked alongside others to build and defend the walls. As Nehemiah 5:16 says, “I also persevered in the work on this wall, and we acquired no land, and all my servants were gathered there for the work.”

As we see in Nehemiah, servant leadership actually motivated the people and helped to keep the work on the wall going. Without his desire to meet the needs of his people, they would have gone hungry or become indignant with him and quit.

You might be tempted to think that servant leadership can’t work in today’s competitive and capitalist society, but you’d be wrong. My favorite fast food place is Popeye’s Chicken. Their CEO, Cheryl Bachelder, is a big promoter of servant leadership. In an interview with Business Insider, she had this to say:

“Most people discount this as nice-guy leadership that’s about hugs and campfires. Very few people have considered it might be the most effective. The greatest benefit is superior performance.

Our goals are more aspirational, so the company is braver. We give dignity to human beings, and we attempt to be humble. People perform better under those conditions.”

The results of their company speak for themselves. Thanks in no small part to their commitment to servant leadership, the company’s stock price has gone from $13 per share in 2007 to $79 in March 2017. Popeyes was also recently bought by a larger competitor, who is seeking to cash-in on the success of the fried chicken chain.

How will you use your power?

Leadership roles come with a certain amount of power. Weak leaders use that power to make themselves feel strong, but strong leaders use their power to serve and give strength to the weak.

If you want to be a great leader, if you want to see better results for your company, church, family, community group, school club, or whatever it is that you lead, then you will be a leader who serves.

*Enjoyed this post? Then get the full 15 Leadership Principles in the Book of Nehemiah! Simply subscribe to Embracing Exile and you’ll receive a free copy.