This post is part of a series on how to be a light to the world.

“You have heard that it was said to those of old, ‘You shall not murder; and whoever murders will be liable to judgment.’ But I say to you that everyone who is angry with his brother will be liable to judgment; whoever insults his brother will be liable to the council; and whoever says, ‘You fool!’ will be liable to the hell of fire. So if you are offering your gift at the altar and there remember that your brother has something against you, leave your gift there before the altar and go. First be reconciled to your brother, and then come and offer your gift. Come to terms quickly with your accuser while you are going with him to court, lest your accuser hand you over to the judge, and the judge to the guard, and you be put in prison. Truly, I say to you, you will never get out until you have paid the last penny.

One of the most challenging things about the Sermon on the Mount is the way Jesus dives into the heart of the law. One of the 10 Commandments is, “You shall not murder.” Since Jesus was speaking to a crowd of people who had few murderers, most of them probably assumed they could check the box. But in these verses, Jesus shows us that our standards are not good enough.

If you want to be a light in the world, if you want to live as Christ did, then it’s not enough to simply not kill people. Unrighteous anger and insulting others will also spread darkness, and is therefore in opposition of the light.

In this article, we will explore the differences between righteous anger and unrighteous anger. There are two key questions you must ask yourself when you get angry, plus we’ll look at 6 ways to be a light in dark places by approaching anger differently.

Anger is a tricky topic in the Bible and one we need to tackle before moving forward. On the one hand, Jesus tells us we’re liable to judgment if we get angry with others. On the other, we see Jesus get angry in the Bible. As Jesus did not sin, we must logically conclude that there is unrighteous anger and righteous anger (see Ephesians 4:26 which says you can “Be angry and do not sin”).

Fortunately, the Bible has a lot to say about anger.

So what makes some anger righteous and other types of anger unrighteous? In my mind, there are two factors:

What is the Cause of your Anger?

In Matthew 21, we see Jesus get angry. He arrives at the temple to discover it filled with extortionists who are taking advantage of the poor and the sojourners. Jesus loses his cool, flipping tables and chasing away the people who were robbing others. The cause of his anger was twofold: they were abusing his Father’s house and they were making others suffer.

From this part of the story, we can say that righteous anger is a response to sin, the mistreatment of others, or an attack on the Kingdom of God.

It should make us angry when kids are bullied or employees are fired for acting with integrity or when people do evil things in the name of God.

The truth of the Gospel, however, frees us from this nasty cycle. If your identity and purpose in life come from God, it won’t bother you nearly as much when others insult you. You don’t have to fight back because you know God loves you for who you are, and His opinion alone is the one that matters.

For more on the different causes of righteous anger vs unrighteous anger, check out When It’s Good to be Angry from the Village Church.

How do you act because of your anger?

Jesus’s response was surprising and aggressive, but necessary. If he did not kick these people out, they would continue to take advantage of the poor and the people coming to worship.

If Jesus allowed them to continue their robbery, it would not have been loving towards those who were being abused and it would have discouraged people from worship.

Righteous anger seeks restoration, but unrighteous anger seeks destruction. Jesus wanted to restore God’s temple to its original purpose – to be a house of prayer, not robbery. He may have been aggressive, but it was done to help others and protect His father’s house.

Unrighteous anger, however, seeks to destroy or hurt another person, just to make them suffer. Again, it’s the cyclical idea that “you hurt me, so now I’m going to hurt you.”

This type of anger, then, is what Jesus warned against in Matthew 5. While you may not want to kill someone, you might want and even try to hurt them, and that is still sin. This pattern can go on for years if left unchecked. In fact, it often goes for multiple generations, with multiple people groups constantly fighting to get the other person back.

This is unrighteous anger, and as followers of Christ we are called to something greater. The Kingdom of God is about making all things new, it is a work of restoration and reconciliation, and we are called to be part of that work. Here’s how:

6 Ways to Live as a Light

If you want to live as a light, then approaching anger differently from the world is a great place to start. When you respond with grace in situations where people expect rage, they take notice.

Not only that, but working towards peace, unity, and justice are major pieces of God’s work to redeem the world. Ephesians 2:13-15 explains how Jesus is working to break down the dividing wall of hostility:

But now in Christ Jesus you who once were far off have been brought near by the blood of Christ. For he himself is our peace, who has made us both one and has broken down in his flesh the dividing wall of hostility by abolishing the law of commandments expressed in ordinances, that he might create in himself one new man in place of the two, so making peace…” 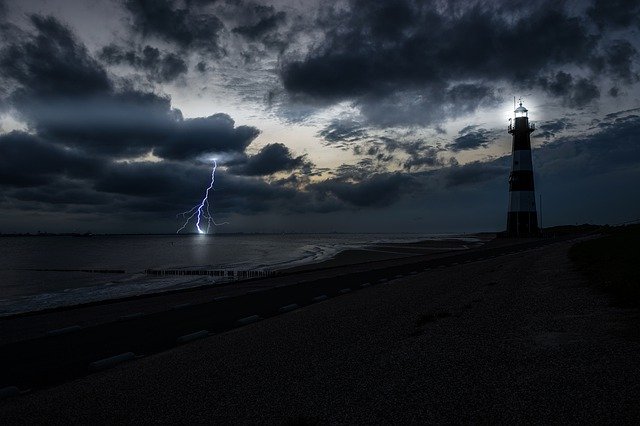 Here are 6 ways you can live like Christ and be a light to the world:

Sound easy? Of course not. It’s not supposed to be, which is why understanding righteous anger vs unrighteous anger and living accordingly will make you a light in the world. Because it’s so difficult, our only choice is to seek out Christ. By thinking of him and listening to His word, he changes our hearts and helps us with our anger.

The world needs more love and less anger, but you can only really grow in this if you embrace the love you have in Christ.