Jesus as a Servant Leader: 3 Examples for Us Today

About 2,000 years ago, Jesus turned the world upside down.

He did this in several ways: he healed the sick, he offered forgiveness of our sins, and he even defeated death. Today, we will focus on the way he transformed our definition of great leadership.

Today, it is quite common to find business resources that celebrate servant leadership. Books, movies, and other forms of story are filled with self-sacrificing heroes. Many of us, even outside the church, are taught the golden rule from a young age. If you ask people to describe God, even non-believers and deists would place the adjective, “loving,” towards the top of the list.

But it wasn’t always this way. In this article, we’ll explore the popular leadership style of Jesus’ time and provide 3 important examples of Jesus as a servant leader in the Bible.

Gods and Leaders During the Time of Jesus

Jesus was born into a world dominated by Greek and Roman culture, religion, and ideals. Their myths and stories were filled with gods who were petty, vengeful, lustful, and desperate to hold onto their power. Strength was seen as the ultimate virtue, and the strong could take what they wanted.

For instance, Chronos the Titan castrated his Father to take his power and become the greatest deity and ruler of Earth. He then swallowed up his own children to prevent them from taking his place. It didn’t work, because Zeus would eventually defeat Chronos and take his place as the leader of the gods. Zeus tried to be a more benevolent leader, but he also had an insatiable lust for beautiful women and frequently acted upon it (which in turn caused his wife, Hera, to take vengeance on these women). 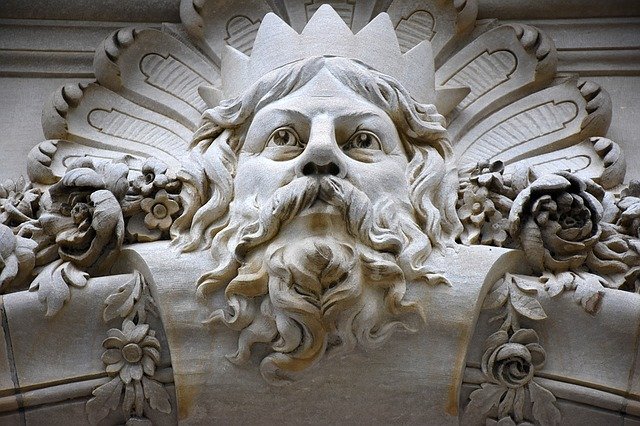 The list could go on and on, but the ancient religions glorified gods for their power and strength, not for their kindness or love. Stephen Fry, in his Greek mythology book Mythos, said that the “Greeks made gods in their own image, not the other way around.”

In other words, this behavior was not just the stuff of myth and legends. The actual human leaders in this culture would have behaved the same way, and they would have celebrated behavior that demonstrated strength and power. Yes, sometimes that strength was used to enforce justice or maintain the “peace,” but it was also motivated by personal glory and power.

Vishal Mangalwadi describes it this way in The Book that Made Your World, “Classical heroism clashed with the Bible because while the former valued power, Christ’s heroism prized truth…Jesus’ heroism replaced brutality with love, pride with meekness, and domination over others with self-sacrificing service.”

How did Jesus redefine heroism? What does the Bible say about Jesus being a servant leader? There are many examples, but in this article we will focus on three. If you’d like another great example of Jesus as a servant leader, take a look at our previous article, servant leadership in the birth of Jesus.

Jesus as a Servant Leader: Withdrawing to Secluded Places

We live in a busy culture, and there are countless demands for leaders. Technology has made our lives easier in many ways – things like food production and shipping logistics have freed up tons of time for us.

For many, that freed up time has not resulted in a more quiet life. Instead, it has just resulted in a busier life that is filled with more meetings, extra-curricular activities, and the distractions of social media, the news, and online entertainment.

Success can also lead to a busier life. The more successful you are, the more people will demand some of your time. Successful business leaders manage larger teams, pastors of growing churches get asked to more lunches and coffees, successful thought leaders get asked to speak or join more podcasts.

When Jesus began his ministry, he encountered success early. Crowds came from near and far to hear him teach and witness a miracle. If I were in Jesus’s shoes, I would have met with as many people as possible, wanting to capitalize on early success and keep the momentum going. It might have tired me out, but sometimes you have to strike while the iron’s hot and strengthen your position, right?

Jesus, however, took a different approach. In Mark 1, his ministry was off to a great start. People “were amazed at His teaching” and “the news about Him spread everywhere into all the surrounding district of Galilee.” People came looking for him, but instead of meeting with them, Jesus chose to withdraw:

In the early morning, while it was still dark, Jesus got up, left the house, and went away to a secluded place, and was praying there. Simon and his companions searched for Him; they found Him, and said to Him, “Everyone is looking for You.” He said to them, “Let us go somewhere else to the towns nearby, so that I may preach there also; for that is what I came for.”
Mark 1:35-38 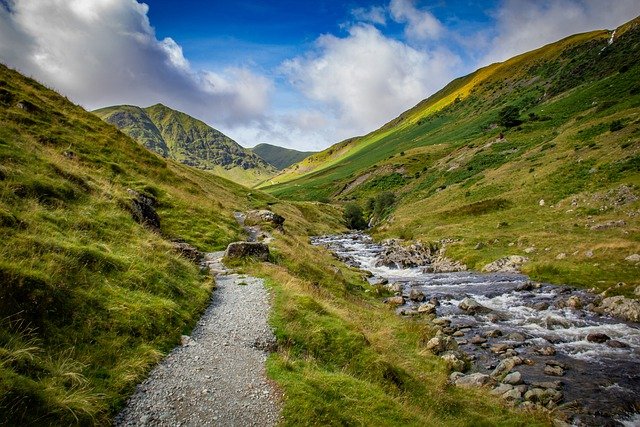 Taking the time to clear your calendar and withdraw to a quiet or secluded place is an essential task for effective leaders. There are several reasons for this:

Many of the best leaders today have made a habit of taking time to withdraw. Successful CEOS, Pastors, Government leaders and more are known for withdrawing to spend time alone. This could be part of their regular routine each day, but many will also carve out a time of sabbatical in the year where they can withdraw for an extended period of time to rest, refocus, and recharge.

When was the last time you withdrew to a secluded place? If you’re feeling overly busy, overwhelmed, and disconnected from your purpose then block off your calendar and take some time to withdraw this week. Even if you can only afford 10-15 minutes each morning, the time to relate, rest, redirect, and refocus will be worth it.

Jesus as a Servant Leader: Speaking with Authority

As Jesus moved from town to town, he would visit their synagogues to teach God’s Word. His teachings frequently “amazed the crowds” because he “He was teaching them as one who had authority.” This is mentioned in Mark 1:22, Matthew 7:28-29, and Luke 4:31-32.

His authoritative teaching was contrasted with that of the scribes, who the people said did not speak with authority. When a Jesus came speaking with authority, the people noticed right away.

But the authority of Jesus wasn’t just theatrics or showmanship, he really did have authority. He proved it by casting out demons and healing the sick. In other words, He backed up his words with actions.

Jesus had an advantage over us – he was the Word of God made flesh. We are not infallible, and we can and do often get things wrong. 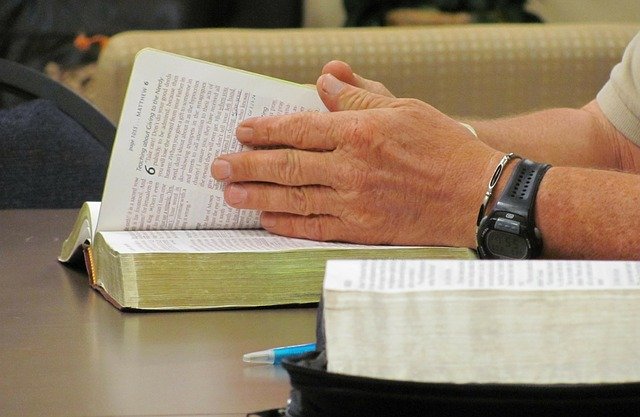 And yet, there is something refreshing and exciting when we encounter a leader who is confident in the direction they are leading people. Having a clear mission in business, for instance, helps attract talent, improve performance, build community, and more.

If you want to be a leader like Jesus, who spoke with authority, then you must consider where your authority comes from. There are several places:

As you grow in authority in your respective areas of influence, remember to also back your words up with action. Jesus did not simply speak with authority, he walked the talk. We should seek to do the same.

Jesus as a Servant Leader: Caring for the Least and the Lost

I used to work for a smaller company that partnered with a company that was about 40 times larger. Many of the people I met at the larger company seemed to dismiss me, like I wasn’t important or didn’t hold enough value to merit their time.

One of their executives, however, was very different. He seemed delighted every time I came to visit. He invited me to join him at the dinner table. He asked good questions and listened with focus to my answers.

Leaders who base their position on demonstrations of strength and power do not care about the least and the lost. They only give attention to people who can strengthen their position.

But once again, Jesus demonstrated the qualities of a servant leader in the bible – he cared for the least and the lost. He ate with them, he engaged them, he listened to them, and he loved them. There are dozens of examples of this, but one of my favorite pictures of Jesus as a servant leader is the Samaritan woman at the well in John 4. 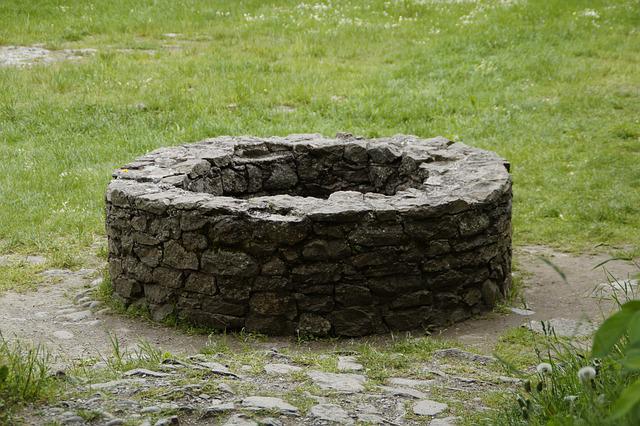 Jesus and the disciples were traveling through Samaria, and Jesus was tired. He decided to take a break at a well while the disciples went into town, but his timing was no coincidence. In The Bible exposition commentary, Warren Wiersbe points out that, “He arrived at Jacob’s well at six o’clock in the evening, the usual time for women to come for water.” This means that Jesus was deliberately planning to meet with this woman. He didn’t summon her, but went to her.

And when she arrived, he spoke with her. He shared the gospel, and he led her to the well of living water.

There are several reasons it was unusual for Jesus to speak with the woman at the well:

Most people looking to establish themselves as a great leader will seek out the powerful and the popular, but Jesus chose to seek out the people who needed him the most. Despite being a Samaritan woman and a sinner, Jesus cared for the woman at the well, took the time to engage with her, and pointed her to the Truth. She was saved, and she shared the good news with her whole town.

Today, we must remember the least and the lost. The best leaders focus on helping those who need it most, enabling them to grow, change, and become contributing members of the team. They listen to people who seem less important, and they make everyone feel valued. As the woman at the well demonstrated, when people feel valued, they are far more likely to follow you and join in your mission.

These three examples of Jesus as a servant leader are just the tip of the iceberg. One of the best ways you can grow as a leader and develop your own authority is to spend time in the gospels. Read and seek to understand the story of Jesus, the more time you spend with Him and His word, the more you will become like him.

Jesus frequently withdrew to secluded places, he spoke with authority, and he cared for the least and the lost. If you can do these things, you will become a better leader in your church, workplace, community, and home. And of course, remember that the best way to grow in those abilities is to spend time with him!

Joseph as a Servant Leader: Patience and Perseverance

7 Servant Leadership Principles from the book of Daniel

The Humility of Jesus in the Story of Christmas