About – Why Leaders Go Last

Welcome to Leaders Go Last, a website dedicated to equipping believers to lead by serving their families, communities, and places of work.

There is great demand in the world for leaders who maintain integrity and put others first. I’ve seen this need firsthand, and you can also see it played out regularly on national and global stages.

Leaders Go Last is a resource for people seeking to grow as leaders. It is built around several key Biblical principles:

If you believe that leaders should go last and you want to grow as a leader, then I’d encourage you to join Leaders Go Last. You’ll receive a free study on 15 Timeless Principles of Leadership from the Book of Nehemiah and receive new content directly into your inbox.

The Best Leaders are Servants

Leadership is often associated with power. Once you lead, you’re in charge and calling the shots. For many, leadership is an opportunity to take care of “number one” and feel important.

Jesus walked the Earth when power was seen as a virtue. The Greek and Roman gods were constantly battling each other for supremacy. Rome had taken over the known world. Indentured servants had the privilege of working for someone rich and powerful. The strong were celebrated, and the weak were trampled upon. 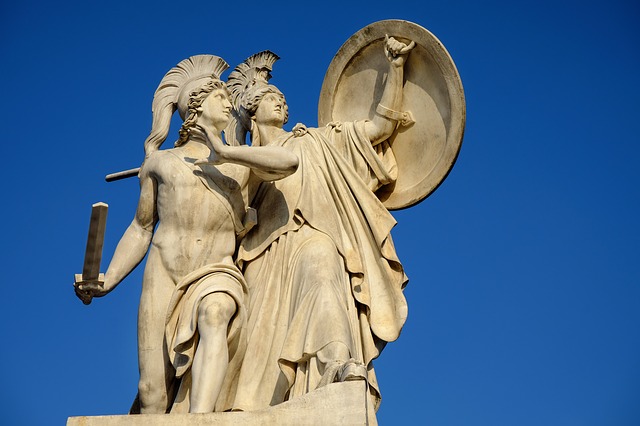 Jesus, however, turned the world upside down when he said the best leaders are servants. In Matthew 20:25-28, he gives his disciples the following command:

Not only did Jesus preach this, but he also demonstrated it. During his three years of ministry, he served people by healing them and feeding them, preaching the good news and even washing his disciples’ feet.

Servants make the greatest leaders because their top priority is their people, not themselves. When you take care of your people, good things happen. Our sinful nature often causes leaders to forget this principle of servant leadership, but it has been tested and proven to work by churches, businesses, and governments around the world.

Every Believer is a Leader

Many Christians feel unqualified to lead.

This is often based on the wrong view of leadership. If you feel unqualified to lead, it might be because you fear public speaking, having power, or giving people directives. But since Jesus redefined leadership, you can lead and never go in front of a crowd.

Being a leader simply requires you to be a servant.

When you really consider that, of course, none of us are actually qualified to lead in our own power. Our sin nature makes us want to take care of ourselves, even if it harms other people. 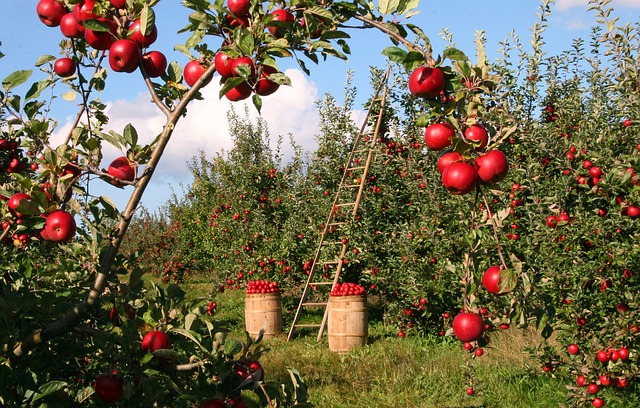 But God, in His abundant grace, called us to something different. Ephesians 2:8-10 explains how he empowers us to do good works and serve others:

For by grace you have been saved through faith. And this is not your own doing; it is the gift of God, not a result of works, so that no one may boast. For we are his workmanship, created in Christ Jesus for good works, which God prepared beforehand, that we should walk in them.

Every believer has been saved by grace through faith. That same grace is also given to enable us to do the good works God has prepared for us.

Godly Leaders Abide at the feet of Jesus

Leaders often need to focus on many things. But if you want to be a godly leader that truly makes a difference, then it starts with one thing: abide in Christ.

Luke 10:38-42 tells the story of Mary and Martha. When Jesus comes to visit them, Mary sits herself at the feet of Jesus while Martha focuses on the many tasks required to serve her guests. Martha, understandably, gets frustrated with her sister’s lack of help. When she asks Jesus for support, Jesus surprises her by saying,

Martha, Martha, you are anxious and troubled about many things, but one thing is necessary. Mary has chosen the good portion, which will not be taken away from her.

Only one thing is necessary – we are called to abide at the feet of Jesus. This means we listen to his word, speak to him through prayer, spend time with his family (the church), and more. 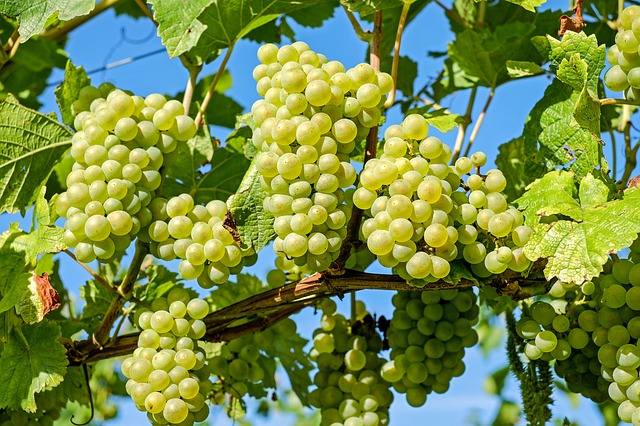 Jesus addresses the importance of abiding in him directly in John 15:4-5,

Abide in me, and I in you. As the branch cannot bear fruit by itself, unless it abides in the vine, neither can you, unless you abide in me. I am the vine, you are the branches. Whoever abides in me and I in him, he it is that bears much fruit, for apart from me you can do nothing.

There will always be tasks and jobs to do, but great leadership starts with abiding in Christ. Spending time in his presence allows him to sanctify you and to change you into the leader you were called to be. Without him you can do nothing, but in him, there is no limit to what God can accomplish through you.

Christian Leaders Work for the Good of Everyone

There is a segment of modern christianity that wants to isolate believers from the rest of the world.

Although we are called to care for those in our church family, we are also called to work for the good of those around us. In Jeremiah 29:5-7, God has a special message for the exiled Jews who were sent to live in Babylon. 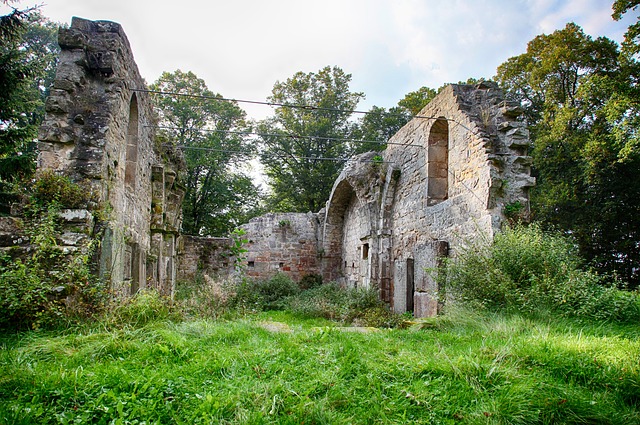 But first, a brief bit of context: The people of Judah were a strong nation for many years, but because of their sin and rebellion against God, he allowed the Babylonians to destroy their capital and displace their entire population. Many Jews exiled to Babylon, and you would think that they would be told to prepare for a revolution or work secretly to take away power from their oppressors. But God gave them a very different mandate:

Build homes, and plan to stay. Plant gardens, and eat the food they produce. Marry and have children. Then find spouses for them so that you may have many grandchildren. Multiply! Do not dwindle away! And work for the peace and prosperity of the city where I sent you into exile. Pray to the Lord for it, for its welfare will determine your welfare.

This lines up perfectly with God’s teaching that servants make great leaders. Even when God’s people were in a powerless position as exiles, they were still called to lead by serving and working for the peace and prosperity of their new city.

The same is true for us today. Although you are probably not a Jewish exile, there are probably positions in life where you don’t feel in control. You may be surrounded by non-believers, and you may see many problems. Regardless of where you are, however, you can still lead by serving and working for the peace and prosperity of your family, community, or place of work.

Christians are called to Lead In and Out of the Church

When people hear “christian leadership” or “spiritual leadership” they often think of Pastors or Priests and maybe some Bible study leaders. 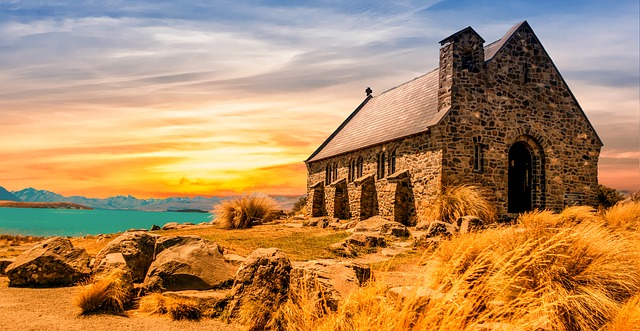 The good news of the Gospel, however, is meant to transform every aspect of our life, not just the way we approach Sunday morning.

Beloved, I urge you as sojourners and exiles to abstain from the passions of the flesh, which wage war against your soul. Keep your conduct among the Gentiles honorable, so that when they speak against you as evildoers, they may see your good deeds and glorify God on the day of visitation.

When Peter uses the word “Gentiles,” he means anyone who is not a believer in Christ. The way we act and engage with non-believers should still honor God, and that definitely includes leadership. The modern world is starving for strong leaders who maintain humility and integrity. The world needs leaders who put themselves last.

I Peter 2 and 3 continue on to explain what honorable living looks like in three aspects of our lives:

This site will focus on how you, as a believer, can lead by serving in your family, community, and place of work.

Leaders Go Last is primarily written by Evan Forester. Evan married Morgan in 2009, and together they have two young children. They lived in New Zealand from 2012-2017, but today they live in the Atlanta area. Evan is currently in leadership roles at church and work. He is an elder and leads a Life on Life Discipleship group and is a Marketing Director in the corporate world.

If you’re interested in growing as a leader, then join Leaders Go Last today.

You’ll join others who believe that leading through service is the most satisfying and rewarding type of leadership. You’ll also receive content brings together practical, Biblical, and occasionally humorous guidance on how you can make positive contributions in your community, workplace, and family.

I spend several hours on almost every post, researching and writing to ensure everything is useful and nothing is a waste of your time. 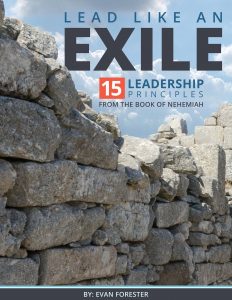 First, you’ll receive a copy of an eBook with 12 Timeless Leadership Principles from the Book of Nehemiah. Second, you’ll receive new content directly into your inbox whenever I share a new post (typically 1-2 per month). Join today by subscribing to Leaders Go Last.

I hope you’ll join me on this journey!